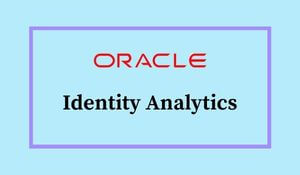 1.Can you explain the difference between UPK and OATS for testing?

With UPK you have the ability to record a process and publish different outputs, such as training or testing assets. One of the Testing outputs is a Word document called a Test Doc, another is an Excel file called Test Case. UPK can create those assets for you that can be used in manual testing. With UPK and OATS, you can take the Test Case excel sheet and upload it into the Oracle Test Manager (OTM) and execute the Test Cases in the OTM manually to expedite the initial creation of those test scripts.

If you’re looking at automating those UPK Test scripts, ITC has built a framework that identifies those business components from the excel sheet and you can use these excel sheets as the input for Oracle Flow Builder to automate the UPK scripts. You directly generate the OATS scripts in the Flow Builder by using your UPK Excel Test Scripts and UPK Integration with OATS helps you to avoid writing your manual scripts. Integrating these scripts with Flow Builder also helps you avoid recording and rebuilding the automated OATS scripts.

Testers can refer to the UPK Videos and Tutorials and directly start testing the manual or automated OATS scripts on their own without waiting for BAs and IT Analysts to do knowledge transitions and it saves their time and lets them concentrate on more crucial tasks like designing and analyzing.

The difference is that OATS will do the test execution in terms of automation, be the centralized repository that manages test plans, defects and overall test strategy while UPK is the tool that will help build the initial scripts. The value is not only the time reduction early on, but also the training that it helps provide. It is possible to go back to UPK and expand and build on those scripts from a user experience perspective.

2.How does OATS compare to HP QTP?

OATS is created by Oracle with a focus on accelerators for Oracle Apps and is used by the Oracle development team already so there shouldn’t be an issue of object recognition. When you get a new release from Oracle, you will also get an OATS update.

QTP is proven to be good for Web Applications and can also automate any browser related applications mentioned above. With the low level and analog recording features in the QTP, it is possible to capture and automate any type of action that is performed on the desktop.

3.Is OATS intended to replace all testing? If so, how does the organization find when things have changed?

Absolutely not. OATS is there to help you when you have to test repeatedly. To reduce testing time, minimize the need for technical resources, reduce the testing complexity and minimize the effort to keep your test assets current.

4.Most companies have major customizations and thus I see the need for their own component creation. Does this require coding behind the scenes as other automated tools?

No coding is required, and creating a new component is very easy. In fact, you need to record the customization using Open Script and check it into the library and you can use this while building the flow.

Flow Builder is created by Oracle and will always have an update when Oracle puts out a new release or upgrade. You cannot get that with other tools. Components are simple and easy to create with Flow Builder while they are complex and require a lot of work with Turnkey.

6.Are the scripts based on Java? Do we need a Java specialist for updating scripts?

OATS is built on the JAVA platform therefore the scripts are based on Java. While basic knowledge should be all that you need in case you need to modify the scripts like looping the functions to compare the different sets of data in the list or to configure a custom message, Java knowledge is not necessary for building the scripts in Open Script. None for Flow Builder.

7.Will the scripts record the screen shots and proof of testing in the output?

8.Can you use OATS with other non-Oracle applications?

Absolutely. If your application is web-based, OATS will support it. Flow Builder only supports Oracle E-Business Suite, but for Open Script, the sky’s the limit. There’s always the exception to the rule, mind you, but most likely your application will be supported.

9.Can you create multiple instances of a test – for example, a test to create a PO and modify it to create several with different parameters?

Yes, you will be able to do this in the open script module. It’s very simple to do. You need to give your required data in the input file, then the same Automated OATS PO script can be used to run the different sets of data. You can execute the OATS scripts for a single time for multiple sets of data; for example,  you can create 20 different POs in a single OATS script. OATS Scripts creates the transactions much faster than the human hence you will save a lot of time using automation testing.

This is a very common request from clients, the main question being, how can I dynamically change my data?

For flow builder support there’s a similar scenario where you can have parameters like the PO number that is dynamically generated. Flow Builder will grab it in a first scenario and can use it in a second scenario (in the same script, of course). And if you want to run it multiple times, you can also check the re-runnable flag and do it multiple times.

10.Does this work with Hyperion?

Yes, at Oracle we have open script flows here which support Hyperion.

11.Can you create scripts in one environment and then copy them to be used in other test environments, or do the scripts have to be created per environment?

For Flow Builder, the scripts are environment-independent, and this is the beauty of it. We want to take the complexity out of automation; we don’t want a genius engineer automating our script and have everything fall to pieces when he’s gone because we are left with a pile of automated scripts that nobody knows how to run. Your scripts are components-based: you have those components in your library and they are not attached to any environment. They are already created and saved – you grab the components and create your flows without even the need of having an environment. The biggest issue that always arises with automation is that we wait for the environment to come up and once it does, good luck having everything up and running from the first day. So getting the right environment is always a pain point. Over here with Flow Builder, you can start building your flows without even looking at the environment or having it available, the process is independent. Usually, at the beginning of the script we have it ask for the environment’s URL, so that any time you run the script you enter the URL and it can be any environment.

For Open Script it’s the same drill. We ask for the parameter from the outside, so it opens the browser and reads the parameter so whatever we define as the URL link will be the environment, and the rest of the script is environment-independent.

12.Do the UPK scripts you have already created generate a test script that can be used for automated testing?

If you’re on UPK 11.0 or higher, you will be able to generate a Test Case (TC) that is published in an Excel file. There you have a drop down in the publishing format that says:  Oracle Application Testing Suite, HP Quality Center, IBM Rational or other. So you choose OATS, and go through the upload process where you match the appropriate columns and upload that to the Oracle Test Manager. Next, and here comes IT Convergence’s value, comes the framework we’ve already built that will help translate those manual scripts from OTM into automated scripts by identifying the components used in Flow Builder. So it’s not a turnkey solution, it is turnkey as it relates to the first phase, but not the second.

13.We have a slightly customized application. How is Flow Builder going to help us in this case?

No coding is required, and creating a new component is very easy. In fact, you need to record the customization using Open Script and check it into the library and you can use this while building the flow

14.Should I be able to use this tool as a performance tool?

Oracle Load Testing is the tool used for performance testing.

UPK can be used by the testers too because it creates the various Test Outputs such as Test Doc, Test Case and Test It. The Test Case excel sheet contains the steps to be performed for the functional testing and also it will have a sample input data and the expected results too like any other standard manual test scripts. Testers can readily use these Test Case excel sheets and record their results performing the functional testing.

As mentioned earlier, Testers who are not much aware of the business process of the application can directly refer to the UPK videos or Job Aids and perform the testing without waiting for the BAs to do knowledge transitions.

16.How can OATS link well with Jira for defect tracking?

Out of the box integration with Jira may not be available with OATS, however you can always extract the output of defects into an excel sheet from OATS and upload them into Jira if it accepts integration. To add to this, Oracle Test Manager in OATS comes with a collaborative defect tracking mechanism where you can create and assign your defect to the resources and also your entire project team can track the defects from creation till close with different statuses.

17.If users want to run multiple iterations of a single test flow, how do they enter the transactional data to be used in this?

18.Is the licensing of this product based on the number of users?

The licensing of OATS is based per named user.

19.How many Oracle customers have “aggressively” been using OATS (flow builder and OTM) for at least a year?

We are having difficulty finding customers that have used OATS for at least a year¬.

There are quite few customers that have been using OATS for more than a year and are very happy with it.

20.About how many hours of consulting time are needed to get it up and running?

The installation takes a few days except for load testing. Load testing installation may take a few weeks depending on the complexity of the environment.